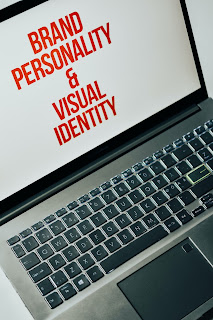 Dissociative identity disorder is when an individual develops alternate personalities that function with or without the awareness of the person’s usual stuff, the diagnostic and statistical Manual of mental disorders, also known as Dsm, identifies it as an identity disruption indicated by the presence of two or more distinct personnel body sticks. The id is one of a group of finishes called associative disorders. The associative disorders are mental illnesses that involve disruptions or breakdowns of behavior, consciousness, memory and perception, cognition, or sensory motor functioning, which would otherwise function normally when one or more of these functions is disrupted, dissociative symptoms can result. These symptoms can be mild, but they can also be severe to a point where they interfere with a person’s general functioning both in personal life and work. Dissociative disorders are actually among the oldest reporters psychiatric disorders, with case reports appearing at the end of the 18th century and extensive descriptions in the medical literature of the 19th century, some common symptoms of the idea include. But not limited to, the inability to remember large parts of childhood unexplained events like finding yourself somewhere, you don’t remember walking to hallucinations out of body experiences, difference in handwriting and some to symptoms of diet can be attributed to a person’s cultural background. Where possessions may be a part of cultural beliefs. The id may often then form as spirits, demons or animals. And this is also how gid may go undiagnosed and untreated. Yeah, people of all ages in all racial ethical, socioeconomic backgrounds can experience the id. However, women are much more likely to be diagnosed beginning in the nineteen eighties researchers on dissociation and dissociative disorders developed a number of reliable self report inventories and diagnostic interviews to assess the association in children’s adolescence and adults in these studies. Higher dissociation scores and a dissociative disorder diagnosis were strongly linked to those with acute or product traumatic experience studies have included victims of childhood maltreatment and neglect, adult rape, prisoner of war experiences, torture. Trafficking, repeated painful medical procedures are accidents and natural disasters. However, people who have experienced physical and sexual abuse in childhood are at increased risk of dissociative identity disorder. The vast majority of people who develop dissociative disorders have experience repetitive, overwhelming trauma in childhood genetic studies of dissociation also suggests that there is a complex interplay between genetic factors in type timing and chronicity of trauma. Up to now, the precise neurobiological underpinnings of dissociation remained elusive. But a growing number of neuroimaging studies have found altered brain structure and function for those with D studies that investigated functional operations found that diet patients showed elevated cardiovascular responses like heart rate and blood pressure and stronger a milk villa and insula activity to be there responsible for emotional processing. Memory, attention and introspective awareness, and another standing guide patients exhibited decreased blood flow in the valentine’s stream ultra for the filtering of sensory input in terms of structural alterations, one study found that individuals with the idea have produced volumes, and that Michael and hippocampus, the hippocampus is responsible for learning and memory. Smaller volumes may be related to early life trauma, as it had become this extensive to heightened stress and therefore leading to potential sales damage in the area, you the goals of treatment for the id are to release symptoms, ensure the safety of the individual and those around him or her, and more importantly. To reconnect the different personalities into one integrated well-functioning identity, however. The best treatment approach will depend on the individual, although there are multiple treatment methods. The most common treatments include a combination of psychotherapy, cognitive brain therapy, medication family or group therapy, meditation and relaxation techniques instead of therapeutic people with the idea generally respond well to treatment, but realistically. Treatment can be a long and pink taking process to improve a person’s outlook, but is important to treat any other problems or complications such as depression, anxiety or substance, useful. Some simple things friends and family can help our to be patient and understanding, think about methods and ways to handle identity structures when they arrive and learn how to recognize and avoid triggering, and lastly, help them find the right support and take care of yourself.