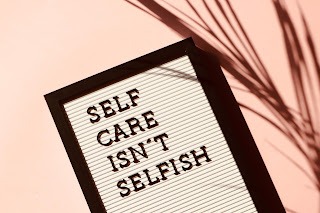 mental illnesses were unnecessary diagnosis used to excuse the behavior of morale in socially deficient people.

Some people still have this view of mental illnesses, but the majority of the public have gone to understand over the years. What a mental illness is really about. Although we have come to have better understanding of it, there’s still tons of myths about it that can have harmful effects on the treatment of those with psychological conditions, so today, we will be talking about five harmful myths about mental illness. First, people with mental disorders are likely to be violent the sun, a newspaper in the United Kingdom, released an article saying that over 1200 had been killed by people with mental illnesses in the past ten years in the statistics were true. But what they failed to inform was that 97 percent of the candidates were from suicides. In actuality, criminal behavior in people with mental illnesses is very smart and mentally ill. People are the ones who are more likely to experience domestic violence and sexual abuse. They are more likely to suffer an intense psychological reaction to be in victimized. Second, people can pull themselves out of a mental illness if they really wanted to a popular myth, especially with people with depression and anxiety, it’s just that the person is being oversensitive and could easily fix the problem. This is where the phrase is just want attention or they like feeling miserable, comes into play. Mental illnesses often have a genetic factor that influences the preposition and chemical imbalances that can’t easily be conquered by shio. Well, power, it’s difficult to even take the first step by seeking help and working up the courage, Stephen Matthew assault that there’s a serious problem finding a therapist and having to go through a trial and error process that takes up a large amount of time difficult as well. Some people even choose to fight it themselves, dealing with the mental illness can be scary. Emotionally draining and exhausting, having to pull yourself together and fighting through while taking any hunting support, you can get. It’s quite difficult. Third love and support are the absolute cure estimated illnesses, therapists and doctors will always tell you that social support is a very important factor when it comes to the recovery process, but it may not always be the surefire way to fix someone’s mental on this. We’ve all seen movies where a child with a serious behavioral problem or a girl who suffers from emotional outbursts is made completely better by the end of the movie because someone went out of their way to inspire a sudden realization that they can be. It’s a touching concept, but if you expect this in real life, you’ll be thoroughly disappointed. They can be afraid of rejection and socialization, although it’s great. Having someone helping and supporting you along your fights, showing that they care about you. A mental ill person could have a hard time, even believing them in the first place, expecting process from showing love and affectionate on the same level of support every single day will be harder, especially on a particularly bad for the person that’s being helped 4 having a mental illness is a social debt sentence. The awareness of mental illnesses and what causes them has more than doubled since the nineteen fifties, mental illnesses have become highly aware and have become more acceptable, more so than physical illnesses in some some even see it that having a mental illness is a sign of a greater understanding of what it means to be a human being. Our dealer Gomez. Found that even living near a place that offers mental health services can raise the rates of acceptance and understanding from 21 percent to over 80 percent of the population. People with our mental illnesses are understanding what some people go through and are willing to go out of their way to help. If they can, you will become your label. This is a big fear when it comes to making the decision of going to a mental health professional instead of a person. You’ll feel labeled as an inadequate depressive and then rustic as etcetera. Some clients end up feeling like they aren’t seen invalued as a person, region therapists have pushed for first person terminology, for example. Instead of an artistic child, you use each child with autism. This puts emphasis on the person in up the illness. Some researchers have even debated if telling their clients their official diagnosis is beneficial for the recovery process. If declines, feeling like the mental disorder itself is the only thing his or her therapist or doctor is focused on, it’s highly recommended that they find a new one.