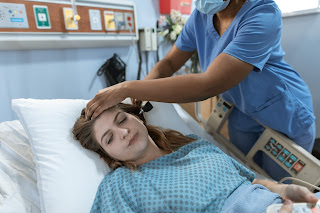 The quick facts what is mental illness. Mental illness includes a wide range of disorders of thinking, emotion and behavior. There are many different types of mental illness, and it can be short lived or long term. Sometimes it can be hard to tell the difference between mental illness and normal worry or sadness, but mental illness is more severe, last longer and significantly affects a person’s ability to cope with life. Almost half of adults experienced symptoms of mental illness at some point, depression is very common. The main treatments are medicines and counseling, family, friends and support groups can also help people cope with mental illness. What are the types of mental illness, mental illness is really many different disorders. These disorders fall into broad categories, including anxiety, mood disorders such as being too sad or too excited, schizophrenia. Personality disorders, and obsessive compulsive disorders other mental health disorders include eating disorders, stress disorders such as ptsd and suicidal behavior, what causes mental illness mental illness is probably caused by many things in combination. Including inherited factors, life stresses the environment. Culture you live in and health problems that affect your many stresses, such as losing a job, getting divorced or taking too many drugs. Increase the risk of mental illness, certain health problems that affect a baby’s brain, such as complications during birth or a brain infection by a virus, increase the risk of mental illness later on in mental illness doesn’t occur because people are lazy or irresponsible. It is not something people do on purpose. Symptoms are different depending on what kind of problem you have. They may include major changes in personality or behavior, especially if they happen for no clear reason. Confusion and cloudy thinking, odd disorganized thoughts such as jumping from topic to topic or answering simple questions with long, confusing answer, inappropriate behavior. Such as undressing in public, seeing or hearing things that aren’t there, believing things that aren’t true, despite strong evidence to the contrary and and extreme moves. How can doctors tell if someone has a mental illness doctors diagnosed mental illness by talking to the person sometimes will also talk to caregivers or family members. Sometimes it’s obvious that symptoms are caused by a mental illness. For example, people insisting that they’re the president or that their thoughts are being controlled by a radio implanted in their brain. Other times, it’s hard to distinguish mental illness from normal reactions. For example, it can be hard to tell normal grief from depression after the death of a spouse or child because both involve sadness and a depressed mood. Likewise, the line between being neat or orderly and having obsessive compulsive disorder can be blurry. Any dividing line is usually based on how severe the symptoms are, how long the symptoms last and how much symptoms affect the ability to function. Doctors have made great deal of progress in successfully treating mental illness. The main treatments include medicine and talk therapy for most mental health disorders. A combination is more effective than either one by itself. Other treatments include electroconvulsive therapy and transcranial magnet stimulation in the past, people with mental illness were often placed in institutions or hospitals. Today, people are more likely to live productively in the community. But many people with mental illness still don’t get the care and support they need.