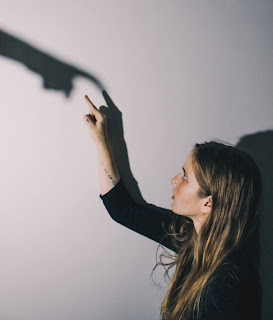 have you heard of the word schizophrenia. It is a mental condition that impairs an individual’s normality. It changes the way how he thinks, feels a and acts globally. One in thousand people suffer from schizophrenia worldwide. Today, we’re going to explain you some of the symptoms that are commonly associated with schizophrenia. The symptoms of schizophrenia can be confusing for many. We’re going to try and simplify as much as we could. Some of the common symptoms associated with schizophrenia are delusion, hallucinations. They’re the most popular ones, then comes thought disorder, social withdrawal and cognitive difficulties. Delusions are simply false ideas or false beliefs that are believed to be true by the patient, but are actually not true. It may be that a person may feel that he has special pass, or he may feel he’s very popular and everyone knows him all. He may feel that he has extraordinary intelligence and talking about hallucinations when people experience hallucinations, they see people and hear people who actually don’t exist in reality, but people with schizophrenia believe them to be real thought disorder is where people with schizophrenia have disorganized speech and thoughts, which is why when people with schizophrenia are talking to the other. They find it or they find it difficult to understand them because there is a lack of flow in conversation, and they tend to jump from one topic to another. People with schizophrenia have a tendency to socially isolate themselves. One of the main reasons why they do this is because they’re preoccupied with the and the voices they hear. Sometimes they also fear that somebody’s going to harm them or they would end up harming someone. People with schizophrenia have a tendency to experience cognitive difficulties, the patients’ ability to concentrate, recall things, plan ahead, and to organize their lives, all of them get affected. Now here’s how you can help someone who you think may be going through schizophrenia. Medication, psychotherapy and professional health is something that you can reach out to remember. Mental illness is not something that you should be ashamed, speak out, speak up, and get help.