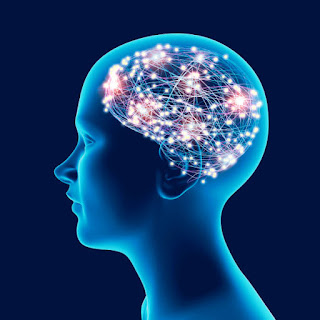 What Is Neurofeedback theory?

what if you could change your behavior just by monitoring your brainwaves, that’s the goal of neurofeedback therapy, a non-drug method used to treat conditions from adhd to depression and anxiety. But the science behind neurofeedback is far from solid, while it has some credible foundations, they’re buried pretty deep. And the research in this field is riddled with conflicts and contradictions, including whether the brain waves that aims to correct are all that wrong in the first place. Neurofeedback is a time of therapy that uses real time data. Usually electrical data in the form of eegs to supposedly teach you to regulate your brainwave patterns, and the treatment relies on two concepts. The first is operant conditioning, the idea that consequences can strengthen a behavior which is a bedrock principle of modern psychology. We know that rewards are great for changing behaviors. The second concept is neural plasticity when psychologists talk about brains being plastic, they don’t mean like plastic plastic. They mean that the way our brain is structured and therefore how it functions is always changing and adapting to what life demands of us. Neurofeedback means heavily on both of these ideas. The reasoning is that if you reward people for the behavior or eeg pattern, you want to see from them like concentrating better or calming down from an anxious state, you’ll see lasting changes to neural pathways that make them easier to achieve during a neurofeedback session readings of electrical brain activity are analyzed as they happen, and feedback is given to the patient on whether or not those patterns look well, normal. This is despite the fact that there’s a lot of natural variation in what a normal brain wave is, so neurofeedback practitioners are enforcing a subjective standard here. In theory, this helps the patient pinpoint ways to keep those apparently abnormal brain waves and check. For example, if a patient is undergoing treatment for anxiety, they can actively try to alter their brains in the waves through focusing relaxation or whatever helps them look more typical. If they manage it, they get a reward like showing them their favorite movie using this system of feedback and rewards, practitioners say they can train people’s brain activity to be in line with supposedly normal brain waves, and that’s supposed to resolve symptoms of a ton of different disorders, adhd, schizophrenia, depression. And more again in theory, who, generally speaking, the research into neuro feedback is kind of a hot mess. Some meta analysis, which look at data from across several studies to spot trends, say it’s effective, but others don’t. 1 review from 2016 gives a good snapshot of the situation and suggest why analyses might come to such conclusions after trawling through everything, they identified 30 studies with a grand total of 1171 participants that met their criteria for being scientifically sound. That meant participants were randomized into experimental or control groups, and that both participants and experimenters were blind, to which experimental condition they were in. They also ensured the included studies were not funded by companies that sell neurofeedback sessions. Which might have led to the findings being skewed overall, the review of these 30 studies found mixed results. Many of the studies showed that neurofeedback had some effect, but the researchers found serious limitations throughout the entire body of research. The methods used in a lot of the studies weren’t as rigorous as they needed to be to suggest neurofeedback had any effect. Many of the studies were poorly controlled. Only three of those studies had a placebo group, an important control that makes sure people don’t start feeling better simply because they expect to. And most had sample sizes that were far too small to draw any real conclusions. They concluded that more large, well designed studies were needed before neurofeedback could be considered a viable treatment, while some patients seem to have found relief via neurofeedback, that doesn’t necessarily mean that neurofeedback affects people in the way we think it might some signs. This raised issue with the fact that neurofeedback practitioners might be targeting certain eeg variations that don’t have much to do with the conditions they aim to treat. After all, eeg patterns differ from person to person, two people’s patterns may not match each other, but that doesn’t make one of them. Abnormal. Critics argue that when there is a shift in a patient’s condition or eeg after neurofeedback, it might just be the result of the patient being conditioned to relax or refocus their attention, but there’s no reason to think that some supposed problem with their brain waves has actually been fixed. If the patient feels better about their condition, great, but it still doesn’t mean neurofeedback is doing what its backers say it’s doing, even if it helps people. Somehow, we need to know whether it works the way they claim for neural feedback to really come into its own as an evidence based therapy, its practitioners will need to address all of these concerns. Sale need to improve their study designs. They’ll need to really show what an atypical eeg looks like and then show that training those patterns improves the conditions they’re supposedly associated with. Until then, however. We’ll need to wait for some more rigorous research things watching this episode of science. Some of the best feedback comes from our community of supporters to learn more, head on over to patreon dot com slash sideshow.