what is mental health definition

The the mental health is the level of psychological well being or an absence of mental illness.

It is the psychological state of someone who is functioning at a satisfactory level of emotional and behavioral adjustment from the perspective of positive psychology. 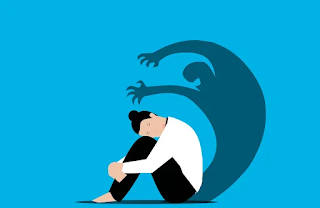 mental health may include an individual’s ability to enjoy life and create a balance between life activities and efforts to achieve psychological resilients.

Intergenerational dependence and self actualization of one’s intellectual and emotional potential among others,

WHO further states that the wellbeing of an individual is encompassed in the realm of their abilities, coping with normal stresses of life, productive work and contribution to their community, cultural differences, subjective assessments and and competing professional theories all affect how mental health is defined,

according to the US surgeon general 1999. Mental health is the successful performance of mental function, resulting in productive activities fulfilling relationships with other people and providing the ability to adapt to change and cope with adversity.

The term mental illness refers collectively to all diagnosable mental disorders health conditions characterized by alterations in thinking, mood. Or behavior associated with distress or impaired functioning, a person struggling with his or her mental health may experience stress, depression, anxiety, relationship problems. Grief addiction, adhd or learning disabilities move disorders or other mental illnesses of varying degrees therapists. Psychiatrists, psychologists, social workers, nurse practitioners, or physicians can help managemental illnesses, treatments such as therapy, counseling or medication. Mental illnesses are categorized as follows neurosis. Also known as p Seiko neuroses, neurosis are minor mental illnesses like phobias, obsessive compulsive disorders, and anxiety disorders. Among others, psychosis, psychosis are major mental illnesses in which the mental state in Paris thoughts, perception and judgment. Delusions and hallucinations are marked symptoms this may require the use of psychotic drugs as well as counseling techniques in order to treat them. Mental health is also used as a consumerist uniformism for mental illness, especially when used in conjunction with concerns. Problems or clinic, consequently, mental health is now being equated with mental illness without reference to the positive strengths associated with mental health. Similarly, the term behavioral health is being used incorrectly to refer to mental illness as a consumerist approach to avoiding the stigma associated with the words mental and illness. Consequently, some mental illness clinics are now identified by the inaccurate phrase behavioral wellness, the new field of global mental health is the area of studies, research and practice that places the priority on improving mental health and achieving equity and mental health for all people worldwide. The.